How to Avoid Corporate Burnout with Sam’s Limousine 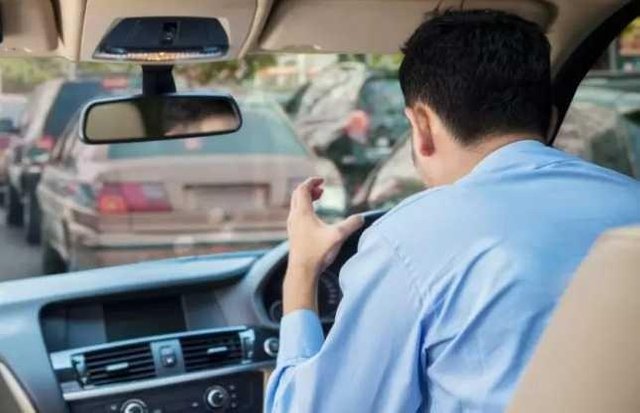 In honor of Commuter Awareness Month, we are here to remind you why hitching a ride with Sam’s Limousine will make you more efficient, more connected, and way more relaxed.

In the last few days, news headlines all been dominated by the same headline with respected outlets like CNN, CBS, and Fox all picking up the story.

Houston is now one of the most overworked cities in the entire country, according to a new study by Kisi.

Second only to Washington, D.C., Houston beat out bustling cities like Chicago, Atlanta, San Francisco, and even New York City.

This may come as a surprise when Houston was just praised in 2016 for its work-life balance, but commute times quickly began to plummet over the course of the following year.

The study lists several qualifiers that factored into their decision, to include:

As the city continues to experience phenomenal growth, there comes an increased population with traffic only amplified.

U.S. News shows that 91% of Houston residents depend on driving as their primary means of transportation.

That is a lot of cars on the road and a lot of traffic.

City alternatives are not preferable, either, with unrealistic and unpalatable options that cost you valuable time each day.

The creeping crawl of bus service leaves much to be desired with its intermittent service and limited routes. Metro has made some improvements to their service, but it is not without long waits and crowded cars. Bike-sharing programs are downright impossible for those living on the outskirts of town.

Commuter issues are not just limited to the downtown area, either.

Areas like Sugar Land, Katy, and The Woodlands, which are located outside of the Interstate 610 loop, all demand a longer commute into downtown.

Worse, travel patterns are often unpredictable with traffic at all times of the day.

In an interview with Channel 2, Danny Perez of the Texas Department of Transportation said, “Traffic is not just like the old days where it was the p.m. rush…or the morning rush…It’s always.”

For many families living in the suburbs and surrounding areas, commuting leaves a serious impact on your wallet, too.

Educated Driver estimates that Houstonians spend over $110,000 in commuter costs each year.

To address this problem, more and more companies are offering increased benefits to help their employees with their commutes. These benefits may include a monthly commuter stipend and even discounted or complimentary car service.

Combating burnout isn’t so easy, so now businesses and schools are placing a greater focus on quality of life.

The University of Houston, for example, has many programs specifically designed for students of all ages. Their programs address the importance of a healthy work-life balance and teach positive ways to combat stress as they enter the workforce.

Traffic may be inevitable, but Sam’s Limousine will make your commute a dream ride.

You’re not likely to notice the stop-and-go monotony of Houston’s commute when ensconced in the lavish luxury of our sedans, limousines, and executive shuttles.

There’s no doubt that your commute is guaranteed to be smooth and comfortable with the luxury and performance only possible from Mercedes, BMW, and Cadillac design.

As traffic continues to grow, more and more professionals are looking to Sam’s Limousine for a ride to work.

Less stress and more time to relax – what’s not to love?

From individual service to corporate contracts, we can accommodate your every need with the service and luxury you have come to expect from Sam’s Limousine.

We take your safety seriously when you trust us with your personal transportation. With full licensing and insurance, we also conduct thorough background investigations for each of our carefully trained drivers.

Conglomerates all over the world trust Sam’s Limousine for prompt and comfortable travel.

Isn’t it time to join them?

Our concierge team will be happy to create the right arrangement for you!