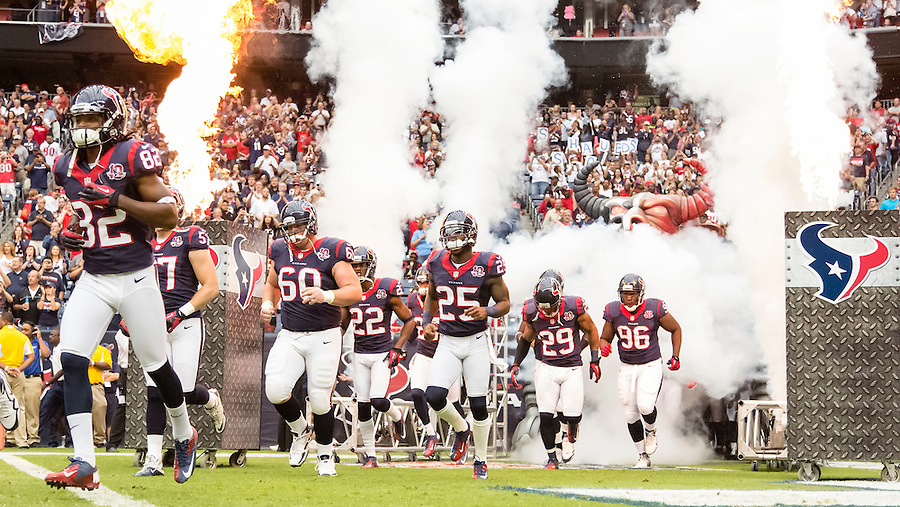 Crack the beers and grab the team regalia, because football season has returned to Houston.

Here in H-Town, football is a big deal, and we count down the minutes until Game Day is finally upon us

This season, Sam’s Limousine is changing the way you enjoy football by elevating the fan experience with a style and comfort you cannot afford to miss.

And this season is exciting indeed, full of twists and turns and new beginnings that promise 2019 will be far from boring.

The AFC South welcomes back another season with the Houston Texans at NRG Stadium. The Texans will continue this season under the tutelage of head coach Bill O’Brien, former head coach to Penn State and offensive coordinator to the New England Patriots.

Despite ESPN labeling the team as the worst in the NFL, the Texans were named best within the AFC South, and ESPN’s Football Power Index places them at No. 11 for preseason.

Still, preseason presented a mixed bag of close calls, with just one win over Dallas and losses to Green Bay, Los Angeles, and a particularly devastating loss to local rival Dallas. Despite that, Houston’s Webb, Johnson, Howell, Jones, and Higdon all played impressive games, earning praise for top passers, rushers, and receivers during the preseason.

Jadeveon Clowney’s departure to the Seahawks came after failed contract negotiations, but the trade produced two newcomers, Barkevious Mingo and Jacob Martin, to the team.

As the Texans travel across the country for 2019, Sam’s Limousine stands at the ready to transport your group of favorite fans to the season’s best contests.

An Executive shuttle or charter bus will give you all the room you need, even offering the ability to stand and stretch your legs during those longer trips.

Enjoy flat screen TVs and complimentary Wi-Fi to check in on those final stats and catch pre- and post-game interviews while on the road home!

With individual electrical and USB outlets, you can keep your devices charged and ready to stream your favorite movies, shows, and music for en route entertainment.

It’s a new dawn for the University of Houston’s Cougars.

Led by head coach, Dana Holgorsen comes to Houston from West Virginia for his first season with the Cougars.

The $130 million football stadium and $20 million indoor facility aren’t all that the Cougars will enjoy this season. With Holgorsen’s new expansive team of strength coaches and recruiters, the program already boasts a strong base than that of last year, and fans are optimistic about the upcoming season.

The Houston Cougars begins the 2019 season ranked as #6 within the Western conference, and September 1st saw the start of the regular season with a loss against Oklahoma. Still, the Cougars are regular fixtures at the American Athletic Conference championship and boast leading quarterback and team captain D’Eriq King, who is an AAC record holder and is in his senior year at the university.

“Here, I think we have the best players,” Holgorsen told ESPN ahead of this week’s game.

Follow the Cougars as they navigate the 2019 season, and book your own personal limousine party bus to make Game Day the ultimate fan experience.

North Shore and Katy are likely to deliver the season’s highest thrills as they meet again after last year’s contentious battle for the crown. North Shore ended a perfect season with a final win over Katy, but this year’s champion is anyone’s guess.

But that’s not all that we will see this season.

The Houston Chronicle reports that 31 teams will make their debut this season with brand-new coaches, including Cinco Ranch who, for the first time ever, will begin the season under a new head coach, Coach Chris Dudley. Columbus High School also boasts the arrival of a new coach in the form of Matt Schobel, a former NFL player who retired in 2009 after seven seasons.

And, as the season progresses, top players will be mulling over their collegiate options. All eyes will be on the area’s leading players, perhaps no more than Zach Evans, running back for North Shore and the top player within the entire state.

Only time will tell how the season will go, but one thing is clear – it will definitely be far from boring.

View the full schedule of 2019 high school football, so you can begin planning today!

Our concierge team will help with ticket and VIP packages to ensure a stress-free experience for all of your favorite teams.

With Sam’s Limousine, you can ditch the pricey parking fees and the long voyages from the parking lot to the stadium. Our professional and courteous drivers will pull right up to NRG Stadium, getting you to your seats that much faster.

Now you can genuinely enjoy the game with stress-free arrivals and departures.

Expand your horizons and discover a new way to enjoy the 2019 football season.

It’s just another way Sam’s Limousine can make your life that much easier and so much more enjoyable.

Join us as we cheer on Houston’s best and brightest this season!